“There’s a drop of greatness in every man.”

There’s an illusion out there: a crippling debilitating limiting illusion; an illusion borne out of good intentions, but an illusion nonetheless. This illusion is responsible for the fatalistic self-defeating ordinary lives that people lead today.

The illusion asserts that greatness is for a select few. That only the best of us, those who boast an IQ of 130 and above, have mountains for chests and have blue blood flowing in their veins can dare to dream of greatness while the rest of us can only marvel and gaze in astonishment at the exploits of the Nephilims – giants – around us. 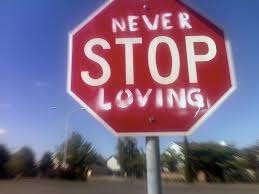 The gift of life. Oh what a beautiful gift we have .Such a wondrous world, perfect just perfect for us. What a life. What world. Awe-inspiring, simple pleasures. The gift, this gift that the Creator has given us. Life is beautiful. So beautiful our minds can’t comprehend a better existence elsewhere. Pleasures abound. Simple pleasures that thrill our senses. A bird singing. Cascading waterfalls. Beautiful blue skies. Radiant sunset. Isn’t life beautiful? Isn’t life magical? Better than Disneyland. If this isn’t paradise, I don’t know what is. This world is a gift from God. Our father whom we seek in different ways. Our friend who makes all things beautiful in His time. What a marvelous father we have. He delights us with simple pleasures.